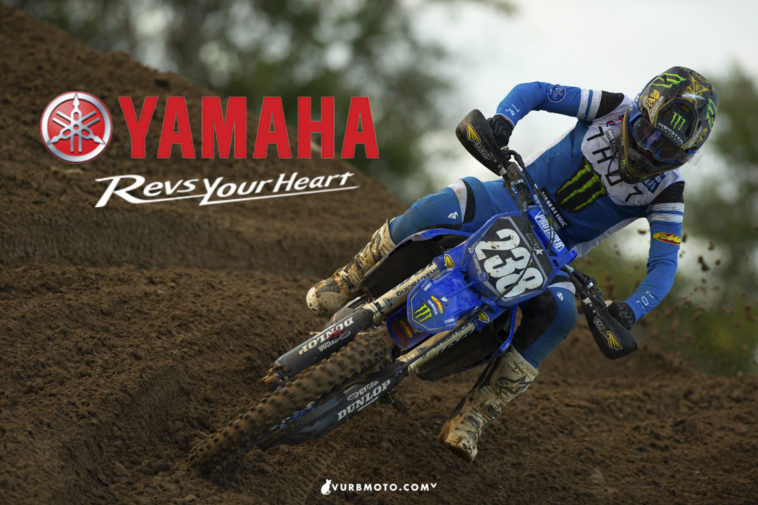 I want to start off this column by saying that Yamaha, despite sponsoring Deegan and this column, had nothing to do with this topic. I put out a tweet over the weekend with my thoughts on how Haiden Deegan doesn’t deserve the constant criticism of him racing amateur motocross. I’ve been sitting here reading what these kids and grown adults write about him and it’s honestly uncalled for.

Let that sink in for a moment.

Going on the Internet and commenting horrible things on a teenager is disgusting, but in the process it makes the person commenting look like a complete idiot. How do we have this many people who pay attention to the sport and do not know the rules in place? Haiden is NOT breaking any rules by racing amateur motocross right now. He’s literally doing what almost every top amateur racer has ever done. Did you know that Kevin Windham utilized a version of this same rule back in 1994? K-Dub raced Gainesville and High Point before winning both 125 A Mod and 250/Open A Mod titles at Loretta Lynn’s that summer. Oh yeah, Windham finished sixth overall at High Point. This is just one of many examples.

The difference is in Dangerboy’s following, which is now over 1.1 million followers on Instagram. To put that in perspective, he already has more followers than Eli Tomac and is closing in on Ken Roczen at 1.5 million. So, with the amount of people following him as well as his YouTube channel I understand he’s going to have a bunch of naysayers out there. It comes with the territory. You can think what you want, but you can’t use the argument that he’s cheating the amateur system.

Deegan is a year and a half removed from a mini bike and since he signed with Monster Energy/Star Racing Yamaha he’s been on a new level. He’s on a factory bike, just like Jarrett Frye, Ty Masterpool, Nick Romano, Levi Kitchen, and Matt LeBlanc were using in amateurs before him. I don’t remember hearing the same talk on those riders. Is it an advantage on a kid who is doing everything on their own? Absolutely, but Deegan has earned his ride by winning early and often in the amateur ranks. Just because Brian is his father does not mean everything was handed to him through the years. Was it easier for Haiden to get started in the sport with a large amount of resources at his fingertips? Of course, but at the same time he’s worked hard to win and his marketability is unheard of at this stage in the game. The Deegan family created a plan to get to this point and the plan worked.

Dangerboy needed to race Mini O’s this year to get his Supercross points, but he also raced because it was his first national in the pro class. If you don’t remember, Deegan raced B class in 2022 and after Loretta’s he moved up to the pro ranks to see where he fit in and to get some experience, which is TOTALLY LEGAL. You see, if you want to keep your amateur status a new rule is in place in the AMA rulebook. The rule is that as long as you do not earn over 40 pro motocross points for the current or previous year, you can compete in Pro Sport classes. You also cannot compete in more than three pro nationals before the amateur national. Deegan raced two nationals after Loretta’s and earned 16 total points, which makes it completely legal to race as many Pro Sport amateur races as he wants to this season.

Whether or not you agree with him racing amateur nationals in the Pro Classes isn’t up to me. According to the rules, he’s not cheating or doing anything wrong. He’s simply finishing out his amateur career and his team, whether it be Star or family, are making sure he is as mentally and physically prepared for that jump as possible.